I love how bts frequently wearing hanbok nowaday because china starting to claim it and call it chinese hanfu.. I wish they will talk more about kimchi coz the state owned chinese media globaltimes claim kimchi as chinese food. I watch many chinese dramas modern and historical but they don't eat kimchi unlike kdramas where kimchi is always present in their meal.

this it korean Han bok!

Taehyung literally looks like a most beautiful porcelain doll in Hanbok. He's soooo gorgeous and adorable. Is he real? I really hope to meet him one day 💜

So my dear YoonGi smiled at the very end of the vid. Aaaaah. What a sight! 😍😍😍 and he's so serious wishing Covid-19 to end. I couldn't love him more. My heartttttttt. 💜

V keeps staring me and when I laugh he laughed

Love their brotherhood. I purple you 💜💜

0:39 look at jungkook face when he try to take that white moon ball

Did just someone says lisa

BTS Please, in the next video, put the Arabic language, because we Arabs do not understand Korean and English, please.🙏🙏😭🥺🥺🥺💜😉

China insists that Hanbok, traditional Korean costume, is Hanfu of China. China, Japan, and Korea have been exchanging many cultures for a long time as they are close. But everyone knows that the traditional costume is Chipao in China, Hanbok in Korea, and Kimono in Japan. Korea has never claimed that Chipao is a traditional Korean costume. Because we respect each other's. This is common sense. It is natural for Korea to say that Hanbok is Korean traditional clothes, but it is so sad. I don't want to hate China, but they keep falsely claiming that Korean holidays, Arirang, and even hanbok belong to China. I don't understand. China even claims that South Korean soccer player Son Heung-min is Chinese. Does China think everything in the world is Chinese? I don't understand Chinese anymore.

oml v is too precious 🥺

I snorted at the aliens part. Taehyung, never change, you adorable dork.

Taehyun is alien 👽 Jimim said that HELLO MY ALIEN 💜😂😂

Other Members: Wish for health and happiness. V: wish for aliens. 🤣🤣🤣🤣

Hanbok (Korean traditional clothing) is a representation of democracy. Chinese who suddenly try to claim Hanbok is their's is an admiration towards democratic movement. All Chinese participating in this Hanbok challenge is showing us that they're fighting against the Chinese communist government. To those people: we stay with you in your history of Tiananmen Protest of 1989 and encourage wearing Hanbok as a symbol of democratic revolution.

I like Suga’s wish! Hopefully this covid will end soon! 🥺❤️❤️❤️

Korea is in a big crisis now. This is because the neighboring country, "China," is trying to take away hanbok, claiming that it is part of the traditional Chinese costume, "Hanfu." Please pay attention to this issue so that we can protect Hanbok from the world's worst country, China. Korea needs your attention and help.

I wish I could met 🧙

This video is so funny, I love it when they are just really being themselves and JK's face on 2:45 hahahaha!!! LOVE YOU BTS 💜

Watching this vid.. i realized once again that we only have one last mature guy in Bangtan 😅😆😂

Why do i love BTS? Because they are people who pray even for the happiness of little insects... except for the harmful ones 😂😂😂

They look soo soo handsome on the traditional clothes, I wish this was there every wear 😍♥️

Now they have army aliens

junjkook so cute And Zarif

1:31 Have you listened when jungkook was wishing j-hope said Lisa

Had J-hope said lisa when it was jungkook's turn?

ANNEYONG HASEYO BTS LOVE YOU Too :-$ 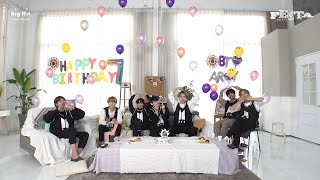 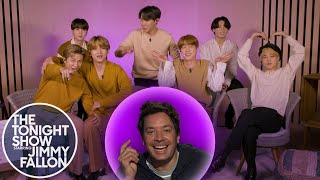 BTS Reminisces on What They Were Like in High School

Bad IRISH ACCENTS That Even I Can't Understand 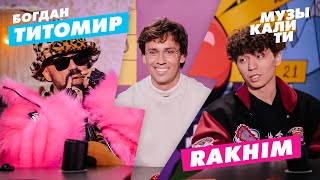 I Have a Confession to Make...

📺EP.01 - The MapleStory Originals | MapleStory X BTS | Once Upon a Time

Bad IRISH ACCENTS That Even I Can't Understand

I Have a Confession to Make...